TIME TRAVEL TALES is an original Project Astral series that explores the stories of time travel.

Father Francois Brune (Catholic Priest) wrote in his book “The Vatican’s New Mystery” about a device that could view time in the past.  In a mid-evil twist of the show Person of Interest, this machine decoded and reproduced electromagnetic radiation leftover from the past.  The chronovisor, designed as a large cabinet that worked along with a cathode ray tube, allowed for viewing the memories of any location. 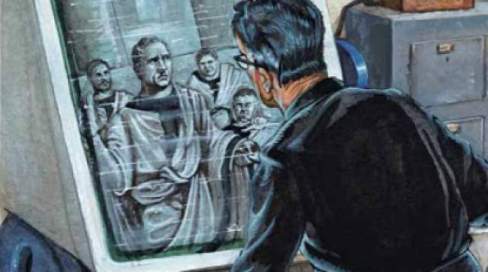 The inventor of the machine, Pellegrino Ernetti was an Italian priest and scientist.  Some people believe that Pellegrino was not the mastermind behind the Chronovisor and that honor belongs to Nikola Tesla.  Using the device, Pellegrino stated he witnessed the crucifixion of Christ and had photographed the scene.  The photo was later discredited.  Although many inconsistencies align with Pellegrino statements, conspiracy theorists have pointed the blame on the secrecy of the Vatican.  On his deathbed, he made a confession to Father Brune that he had faked the photo but that the machine was indeed genuine.

(The alleged photo of the crucifixion depicted in a newspaper)

Andrew Basiago, a well-known attorney, and recent United States Presidential Candidate added to the mystery behind Pellegrino’s controversial statements with some of this own.  Basiago explains that in 1968, Project Pegasus launched with information based on papers left by Nikola Tesla in The New Yorker hotel upon his death in 1943.  The War Department seized Tesla’s belongings and utilized them for the Defense Advanced Research Projects Agency (DARPA).

Basiago has detailed a secretive life that started while he was in the third grade and was mandated by his father via a program code name “Project Pegasus“.   At a young age, Basiago stated he was sent to Gettysburg in 1972 from a research center in East Hanover, New Jersey during a session of a “Plasma confinement chamber”.  The chamber is said to use radiant energy (cloud of plasma) inserted into a vortal tunnel that allows teleportation to a location.

Dressed as a Union Bugle Boy, he started his trip about twenty minutes outside of Gettysburg.   He lost his shoes and hat during the teleportation.  He met a man who he would later identify as “John Lawrence Burns” who fought in the war of 1812 and was injured four months earlier at the battle of Gettysburg.  Burns welcomed Basiago into his shop and provided him with a coat and a pair of adult shoes.  Basiago wandered around with the oversized shoes and became etched in time when the iconic Josephine Cobb photographed this piece shown below.

Project Pegasus is said to still be in effect but not in the capacity of human teleportation (only for supplies or other items deemed safe for travel).  The psychological and physical effects on the children were examined and the findings utilized in what now is part of a CIA protocol that involves teleportation for the President’s or high ranking official’s children in the case of a national emergency.  Andrew Basiago knows for certain that his comments are controversial but his intrigue into time travel not only provides a new opinion into a limited realm, it opens the door to finding the truth. 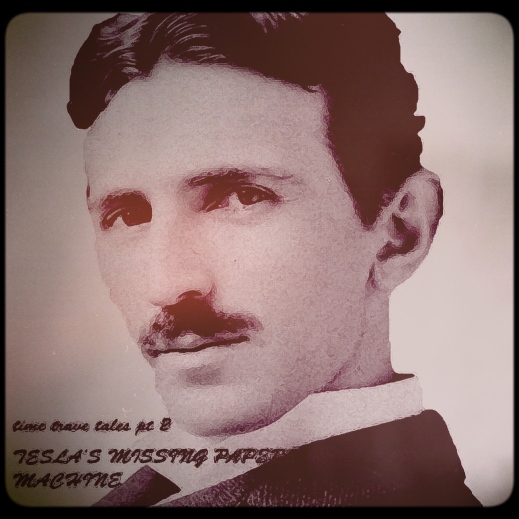