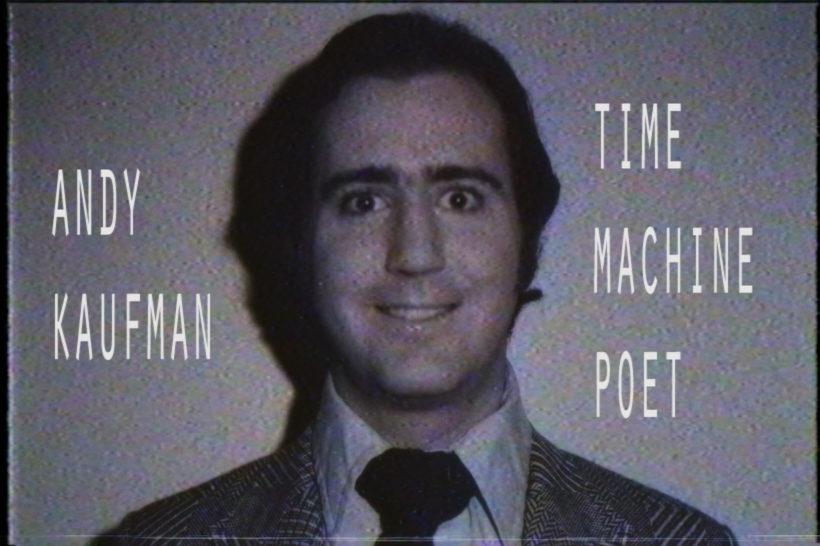 Andy Kaufman was an actor known for his comedic qualities that immersed all that witnessed him in one way or another.  32 years after his death… Andy Kaufman lives on.  Saturday Night Live was in portal to fame & soon afterward he had his own character on the TV show TAXI.  His performances were not limited to only TV shows.  He had a wrestling feud with Jerry “The King” Lawler & often performed on stage; he would play instruments, providing a comedic tone via songs & interactions with the audience.  He was portrayed by Jim Carrey in the motion picture Man On The Moon.

His unique style & dedication to his art cannot be surpassed by modern-day standards.  The last of a dying breed.  His death was only two years after John Belushi’s untimely passing.  Andy Kaufman is our TIME MACHINE POET of the week.  Lung cancer was the official cause of death for Kaufman. But did he really die?  His alter-ego “Tony Clifton” has provided countless conspiracy theories amongst his most dedicated fans.  His obsession with faking death would only enhance the mystic qualities of his life.  Only Andy Kaufman knows the truth… and maybe Tony Clifton… Now I invite you all for milk & cookies. One thought on “Andy Kaufman”