And then promised to come back through the use of a Séance.  The man was Harry Houdini & his life was shrouded in mystery.  Houdini and his wife Bess had devised a coded message (Rosabelle Believe) that he would try to communicate back to her if he was ever to pass away performing his life-daring acts.  The passing of his mother sent him for answers from a spiritual perspective.  He noticed the parlor tricks included with the Séances & dedicated his time to debunking traveling mediums he would encounter, often offering them awards to showcase their “true” abilities.

One of his best-known cases involved the self-proclaimed medium Mina Crandon, revealing her techniques he had observed through her performances.  The magazine Scientific American held a contest rewarding a cash prize to any medium who could demonstrate psychic abilities in a controlled environment.  No one was able to claim the prize, although the magazine published an article praising Crandon’s psychic handy-work. 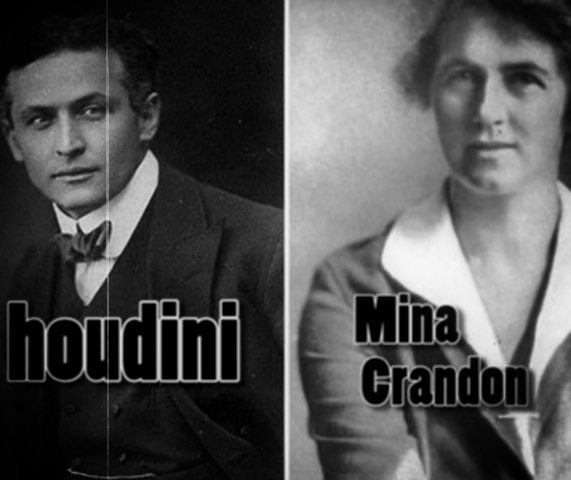 Houdini claimed that Theatrical Séances were within the proper protocol of performance if the entertainer did not relay his abilities to the workings of psychic powers, but instead to a theatrical approach.  He invented the Séance Box, which covered the majority of the medium’s body.  This was the main factor in debunking the medium and their trickery.  All and all… Houdini never met his match. 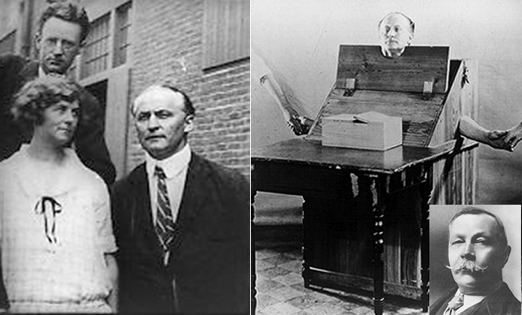 Edgar Cayce was deemed the “Sleeping Prophet” for his uncanny approach to fortune telling.  He would lay on a couch… entering a trance & would interpret images that were channeled to him.  A master of Christian Mysticism… he dealt with astral projection, automatic writing, holistic healing, astrologer & much more.  A random meeting with a traveling stage hypnotist (The Laugh Man) was the cause of his sudden BOOM in powers.  Many of the future events he describes have taken place or the time period has not arrived yet.

His talents were not only tied into the future, he also engaged in readings for health information.  He worked alongside Doctors, with no prior knowledge of medicine & supplied knowledge that later has been confirmed by health organizations & Doctors to be true.

Predicting the deaths of two Presidents while in office.

“You are to have turmoil — you are to have strife between capital and labor. You are to have a division in your own land before you have the second of the Presidents that next will not live through his office … a mob rule!”

The Rise of Hitler

In 1935 he stated Hitler would rise and would only “come as an overthrow or an outside war” to end his reign.

You can read more about his life here.

Even though Cayce didn’t perform Séances in the sense of using his knowledge & powers for publicity –s etting him aside from the tricks associated with wowing an audience at-will; he did provide a service that holds true-to-the-facts.  Edgar Cayce’s readings provide an insight on the spiritual movement that rose to fame during the 1920’s.  Could Houdini have debunked Cayce?  Or would Cayce have debunked Houdini?

Join our “A Psychic Meeting” series where we reveal our experiences with mediums/psychics we encounter on our travels.

One thought on “Houdini Debunked Séances”